Busting 7 of the most common myths about malware

Malicious software, more popularly known as malware, has been a threat for almost as long as personal computers have existed. As malware has become more varied and sophisticated over the years, public understanding of it also evolved, albeit not always for the better. Even today, a lot of myths continue to circulate about malware and lead people to underestimate its dangers.

Here are some of the most common misconceptions about malware:

A computer virus is a self-replicating malicious program that damages the IT systems it infects. Malware, on the other hand, is a broad term that refers to any type of malicious code or software. So while all viruses are malware, not all malware are viruses. Here are some other types of malware:

Despite what some popular media might tell you, a malware infection won’t cause your device to explode. Malware can either steal information or disrupt IT systems, not physically damage devices. However, it can indirectly cause physical damage by, for example, causing a power outage that may lead to equipment failure, or by corrupting firmware that requires manual intervention to fix.

Myth 3: Malware is always made by professionals

Anyone with the right skills and motivation can create malware. In fact, the ILOVEYOU virus, dubbed as one of the most destructive malware in history, was made by a nonprofessional. In the past few years, it has also become easier for neophytes to create their own malware using development kits sold online.

Myth 4: Malware is found only on suspicious websites and emails

Malware can be found everywhere, even on legitimate websites and emails. Hackers can exploit vulnerabilities on popular websites to insert malware onto the site, which can then infect visitors' devices.

Malware can be found everywhere, even on legitimate websites and emails.

Although you can minimize your risk of malware infection by not opening emails from unknown sources, this isn't a foolproof method. Hackers are now using sophisticated social engineering techniques to make malware-laden messages look like harmless emails from people the victims know.

Most malware infections can go undetected for days, weeks, or even months. In fact, many malware infections are only discovered after they've wrought damage to the IT system. While remaining hidden, some malware can spread throughout the victim's network, causing greater destruction and becoming more difficult to remove over time.

Myth 7: You just need either an antivirus program or a firewall

Anti-malware software and firewalls are best used together to maximize your defenses against malware. An anti-malware solution detects and removes malware, while a firewall blocks malicious codes from entering your device or network.

Knowing the facts about malware and understanding the dangers it poses are necessary steps in protecting your devices and data from infection and damage. If you want to learn more about malware and other cyberthreats, Fidelis can help you out. Our cybersecurity experts can train your team in recognizing various types of cyber threats and how to prevent these from harming your business.

Did you know that malware can cause data breaches? Learn more when you download this free eBook today. 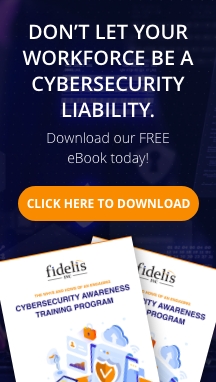