What is the importance of hardware in cybersecurity?

How often do you think of hardware in relation to your business’s cybersecurity? If you answered “not often,” then you’re not alone; many companies would have the same answer. When it comes to cybersecurity, individuals and organizations typically think about the use of antivirus programs, firewalls, and intrusion prevention systems (IPS). But little do many know that hardware also plays an important role in security.

The case of Spectre and Meltdown

In 2018, two critical architectural flaws in Intel CPUs were disclosed. Called Spectre and Meltdown, the two hardware vulnerabilities allowed programs to steal data being processed in a computer. By exploiting Meltdown and Spectre vulnerabilities, malicious actors were able to bypass system security protections to steal passwords, personal photos, emails, and other sensitive information.

Spectre and Meltdown affected every computer chip manufactured in the last 20 years. It threatened not just computers, but also servers, smartphones, and Internet of Things (IoT) devices like routers and smart TVs. Since the vulnerability existed at the hardware level, patches could not be deployed without causing a performance hit.

What is hardware security?

The Spectre and Meltdown attacks are examples of a typical hardware attack. Hardware attacks are usually too difficult or expensive to execute, but they are becoming much easier to carry out these days by taking advantage of vulnerabilities in hardware manufacturing supply chains.

This means that each hardware component could be programmed as malicious. The complexity of integrated circuits and microelectronics even make hardware vulnerabilities difficult to detect. Even one physical modification to a single circuit can be hidden among many valid components, and may remain undetected for an extended period.

Hardware breaches are carried out by targeting software vulnerabilities, as well as carrying out web application attacks and strategic compromises. These threats put employees and customers at risk, cause reputational damage, and impact revenue performance.

Businesses need to protect themselves more from such attacks. According to a study by Dell EMC, almost two-thirds of organizations suffered at least one data breach in the last 12 months as a result of an exploited hardware vulnerability. Almost half of the respondents experienced two hardware-level attacks.

The study further notes the lack of a consistent hardware-level security approach. Nearly two-thirds of the respondents have a moderate to extremely high level of vulnerability to hardware supply chain threats, yet only 59% have implemented a hardware security plan. 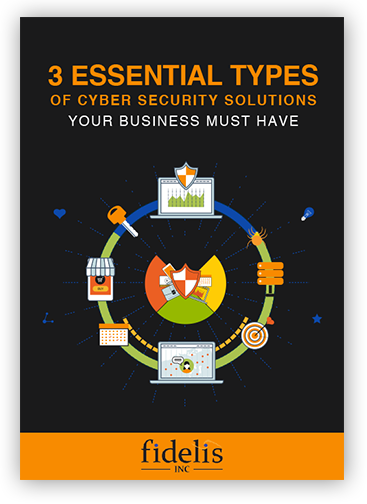 Unsure how to protect your business?

Read our FREE eBook, 3 Essential types of cyber security solutions your business must have and find out how you can optimize your business's cybersecurity without spending too much.

With the rise of hardware-level breaches, hardware should also be considered an important aspect of any business’s cybersecurity. Once a system is infiltrated, the consequences can be catastrophic for your data and business — data loss, lower financial revenues, diminished competitive advantage, and damaged credibility.

To mitigate the risk of hardware threats, businesses have to ensure an accurate threat model. For instance, some businesses may still have threat models that were designed during a time when hardware cost significant money to develop. Now that card skimmers that compromise credit cards are cheaply sold on the black market, organizations have to update their threat models accordingly.

Keep your software applications updated as well. Hardware vulnerabilities can exploit programs, and by applying the necessary patches, you lessen the risk of your IT infrastructure being affected. For instance, Spectre was known for exploiting the Javascript web development language, and updating web browsers at the time could have blocked the attack. Make sure that you are using modern operating systems (OS) such as Windows 10 and macOS 10.14 to receive the latest security updates.

Lastly, invest in supply chain validation initiatives to lessen the chances of future hardware breaches. This should involve buying directly from authorized vendors, verifying the hardware, and conducting in-depth inspections. Businesses can also design systems that can detect and contain hardware-level attacks.

Now that you understand the effects of hardware vulnerabilities on cybersecurity, it’s time to take the next step. Fidelis offers Managed Security services that include managed endpoint protection software, firewall management, backup systems monitoring, and network risk assessment, among many others. No matter your cybersecurity problem, we can solve it for you. Download our FREE managed services eBook today to know how you can benefit from us. 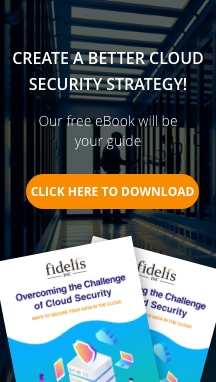 Discover what you can do to strengthen your cloud data’s protection from loss and cyberthreats. Download our free eBook today to learn how!DOWNLOAD HERE